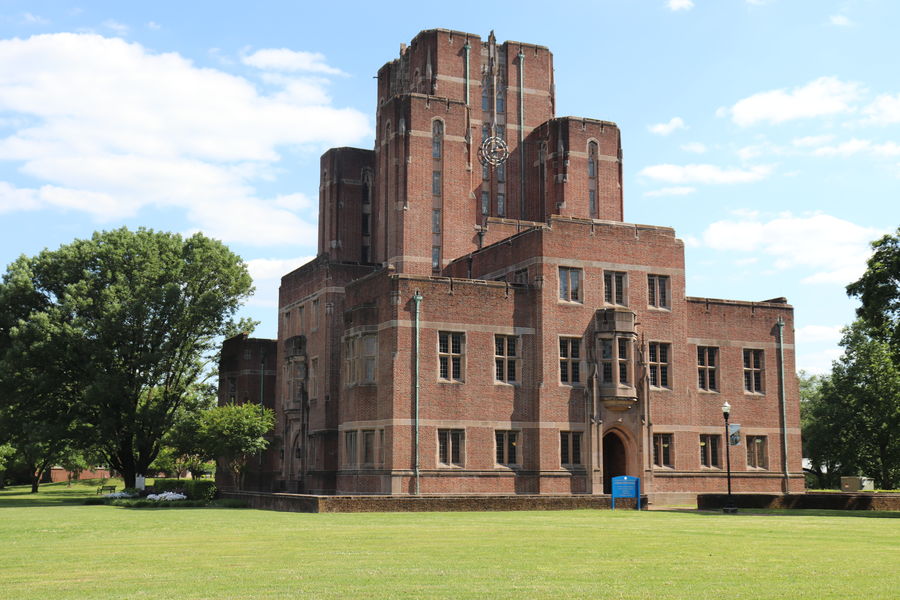 Fisk University’s historic Erastus Milo Cravath Library will be preserved thanks to a $500,000 grant from the Historically Black Colleges and Universities grant program, which is funded by the Historic Preservation Fund and administered by the National Park Service (NPS) Department of Interior.

With its large bulk and height, neo-Gothic detailing of brick and stone, and stepped-back tower, the Administration Building, Erastus Milo Cravath Library is both a visual focal point and the administrative heart of the campus.

It is a remarkable landmark that contributes to the allure of Fisk University’s Historic District. The visual and historical integrity of the Fisk University campus remains largely intact despite the demolition of some of the older buildings and the addition of new ones whose size, scale, and appearance do not relate well to the older edifices, according to the nomination form for the National Register of Historic Places in 1978.

This nine-story structure was built in 1930 to meet the reading needs of Fisk University students and house 175,000 books. It is located at the crossroads of two main streets, has mature landscaping, holds a commanding location on campus, and continues to contribute significantly to the district’s overall historical aesthetic.

“I am so excited about our historic preservation project and Fisk University’s selection as one of twenty-one historically black colleges and universities (HBCUs) to receive funding from the National Park Service (NPS) Department of Interior. Fisk University has always been committed to the preservation and maintenance of this historic building, and this is the next logical step towards long-term preservation and rehabilitation of the book tower space for future adaptable reuse,” said Acting Provost and Vice President for Academic Affairs and Principal Investigator for the grant Dr. Brandon A. Owens, Sr.

The grant money will be used to fund the roof, exterior brick, and window phases of the restoration.

The beginning of reconstruction is scheduled for January 2023.