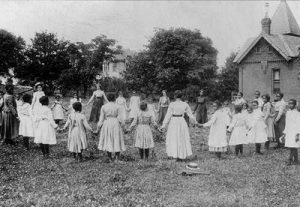 In 1865, barely six months after the end of the Civil War and just two years after the Emancipation Proclamation, three men — John Ogden, the Reverend Erastus Milo Cravath, and the Reverend Edward P. Smith — established the Fisk School in Nashville.

The school was named in honor of General Clinton B. Fisk of the Tennessee Freedmen's Bureau, who provided the new institution with facilities in former Union Army barracks near the present site of Nashville's Union Station. In these facilities Fisk convened its first classes on January 9, 1866. The first students ranged in age from seven to seventy, but shared common experiences of slavery and poverty — and an extraordinary thirst for learning. 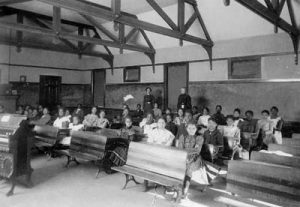 The work of Fisk's founders was sponsored by the American Missionary Association — later part of the United Church of Christ, with which Fisk retains an affiliation today.

Ogden, Cravath, and Smith, along with others in their movement, shared a dream of an educational institution that would be open to all, regardless of race, and that would measure itself by "the highest standards, not of Negro education, but of American education at its best." Their dream was incorporated as Fisk University on August 22, 1867.

1871 THE FISK JUBILEE SINGERS® SET OUT 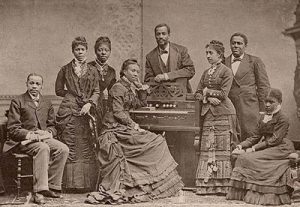 The tradition of excellence at Fisk has developed out of a history marked by struggle and uncertainty. Fisk's world-famous Jubilee Singers® originated as a group of traveling students who set out from Nashville on October 6, 1871, taking the entire contents of the University treasury with them for travel expenses, praying that through their music they could somehow raise enough money to keep the doors of their debt-ridden school open.

The singers struggled at first, but before long, their performances so electrified audiences that they traveled throughout the United States and Europe, moving to tears audiences that included William Lloyd Garrison, Wendell Phillips, Ulysses S. Grant, William Gladstone, Mark Twain, Johann Strauss, and Queen Victoria.

To this day, each October 6, Fisk pauses to observe the anniversary of the singers' departure from campus in 1871. The contemporary Jubilee Singers, a Grammy recipient group, perform in a University convocation — and conclude the day's ceremonies with a pilgrimage to the grave sites of the original singers, where once again, the old songs are sung at the burial places of their first performers. 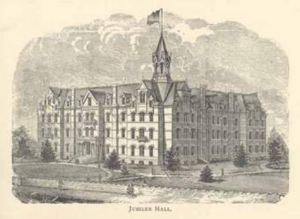 The Fisk Jubilee Singers® introduced much of the world to the spirituals as a musical genre— and in the process raised funds that preserved their University and permitted construction of Jubilee Hall, the South's first permanent structure built for the education of black students. As a designated National Historical Landmark, today, Jubilee Hall remains the dramatic focal point of Fisk's campus. 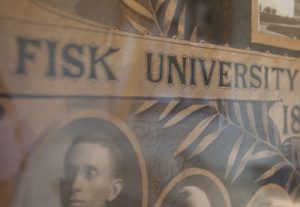 Even before regional accreditation was available to African-American institutions, Fisk had gained recognition by leading universities throughout the nation, and by such agencies as the Board of Regents of the State of New York — enabling Fisk graduates to enter graduate and professional schools to study for advanced degrees. 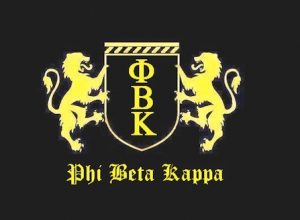 Founded in 1776, Phi Beta Kappa is the nation's oldest and most widely known academic honor society. In 1953, Fisk received a charter for the first chapter of the Phi Beta Kappa Society on a predominantly black campus. 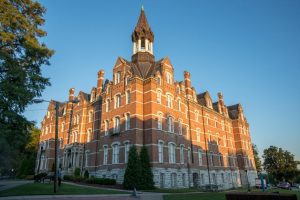 In February, 1978, the Fisk campus was designated as a National Historic District in recognition of its architectural, historic, and cultural significance.

From its earliest days, Fisk has played a leadership role in the education of African Americans. Fisk faculty and alumni have been among America's intellectual, artistic, and civic leaders in every generation since the University's beginning.

Probably no single institution has played so central a role as Fisk in the shaping of black learning and culture in America. The Fisk tradition of leadership and excellence continued throughout the 20th century and is being carried on today. Thurgood Marshall, who later became the first African-American Justice of the Supreme Court of the United States, was among the early participants in Charles S. Johnson's famous Race Relations Institute at Fisk.

A Leader in the Education of African Americans