Home » News » Fisk University named as an Institutional Affiliate for a national project through the Council of Independent Colleges, “Legacies of American Slavery.”
Featured, University News and Publications

Fisk University named as an Institutional Affiliate for a national project through the Council of Independent Colleges, “Legacies of American Slavery.”

Nashville, TN – CIC announced the selection of seven colleges and universities to serve as Regional Collaboration Partners and 12 schools as Institutional Affiliates for the multiyear project, “Legacies of American Slavery: Reckoning with the Past.” This initiative is designed to help CIC member institutions, their students, and their communities explore the continuing impact of slavery on American life and culture. The project will support campus-based research, teaching, and learning as well as community-based programs about the multiple legacies of slavery.

Legacies of American Slavery is directed by Pulitzer-Prize winning historian David W. Blight, Sterling Professor of American History at Yale University and executive director of the Gilder Lehrman Center for the Study of Slavery, Resistance, and Abolition (GLC) at Yale’s MacMillan Center. Blight describes the relevance of the project in a special essay commissioned by CIC: “Because slavery is so central to the history of the United States—its origins, economic development, society, culture, politics, and law—it has left in its wake a wide array of legacies that seem ever-present yet ever-changing in our world.” 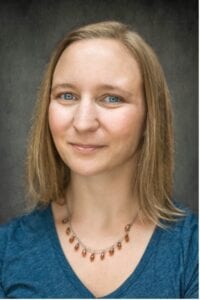 Dr. Katharine A. Burnett, Associate Professor of English and Coordinator for the English Discipline

“The CIC’s “Legacies of American Slavery” project presents a unique opportunity to examine how the history of racial violence continues to impact U.S. culture and society in all aspects of contemporary life and is a story that needs to be told,” Said Dr. Katharine A. Burnett, Associate Professor of English and Coordinator for the English Discipline.  “Given the university’s central role in the history of social justice, and its contributions to African American culture and intellectual life, Fisk is an ideal institution to help present that story.” Dr. Burnett along with Dr. Leslie Collins, Assistant Professor of Psychology will be the Institutional Representatives for Fisk.

The Partners will serve as the primary hubs of a national network that will expand to embrace many additional CIC member colleges and universities and community organizations across the United States. While colleges and universities named as Institutional Affiliates will continue to play a foundational role in developing regional and national networks. Each school will focus on a specific theme that has both local and national significance, organizing regional activities while contributing to a national conversation about race, equity, freedom, political power, and cultural resilience.

Programmatic activities will begin this spring and build toward a series of regional conferences hosted by the Regional Collaboration Partners during the 2021–2022 academic year.