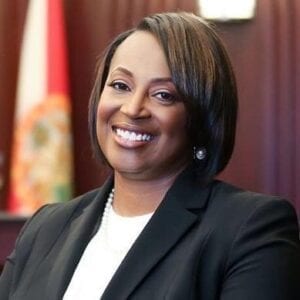 Rhonda is a proud Fisk alumna, receiving her B.S. degree in Business Administration from Fisk in1996. She later went on to receive her J.D. from the University of Florida in 1999.

People-Waters referencing her strenuous journey in obtaining this position said, “I do honor God and he must get the glory in this moment, after 18 attempts I stand before you today, as I am about to be sworn in.” She was a finalist for judge nominations 13 times, only to be overlooked by governors. She ran for the office four times before finally winning the position.

Fisk is excited to join People-Waters in celebrating this historic moment in time.