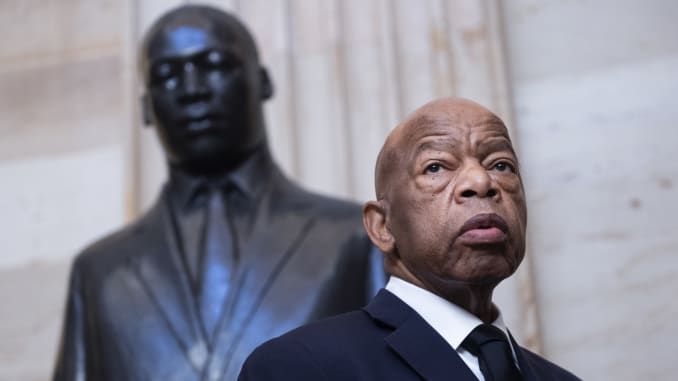 Fisk University announced today that it will be naming its recently launched institute for social justice after the late Congressman and Fisk alumnus John R. Lewis. “Nothing could be more appropriate given the Congressman’s extraordinary impact on civil rights in this country and across the world,” said University Provost Vann Newkirk. Congressman Lewis repeatedly expressed the importance of Nashville and Fisk in helping shape his mission of non-violence and the importance of getting in ‘good trouble’/’necessary trouble’. Congressman Lewis was an inspiration to generations of Fisk students and with the John R. Lewis Institute for Social Justice, Fisk will continue its leadership role in shaping the next era of change-makers. The John R. Lewis Institute for Social Justice is a continuation of the famous Fisk Race Relations Institute, which shaped so many of the conversations and policies during the 1960s and 70s. The John R. Lewis Institute will include a master’s program in social justice, several certificate programs as well as various undergraduate projects, research, and forums. “Congressman John R. Lewis embodied the very best of humanity – his kindness, perseverance and unwavering commitment to fighting for those in need set an example for all the young people who are looking to create a better world,” said Fisk President Kevin D. Rome.