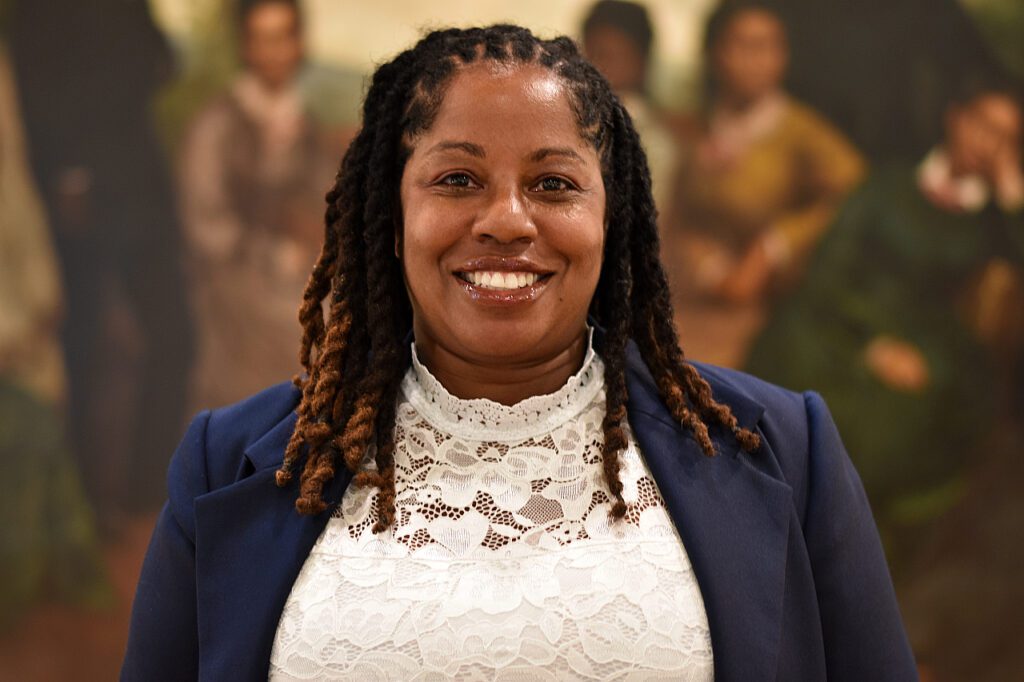 The appointment follows a comprehensive and competitive search by an internal committee. With her selection, Tarver is not only responsible for leading the first-ever HBCU gymnastics program but will also be the second woman in Fisk’s 156-year history hired to lead its athletic operations.

“We are excited to welcome Coach Tarver as the athletic director at Fisk University. She brings a wealth of knowledge that will help take the athletic program to new heights,” says Natara Garvin, Associate Provost of Student Affairs.

Tarver, a Georgia alumna, became the first Black gymnast to win an NCAA all-around title in 1989. Tarver was named a U.S. National Team member during the 1985-1986 season and also has a national floor title and two team titles with Georgia, in 1987 and 1989, to her name.

Tarver’s experience in the world of athletics and training coupled with 30 years as a gymnastics coach makes her uniquely qualified for this role. She emphasizes her enthusiasm for the road ahead and says that under her leadership, there will be a continued priority placed on maintaining high academic standards.   “I am honored and excited for the opportunity to lead the Athletics department at Fisk University,” she says.  “With all the great things that have taken place at Fisk in the past and the incredible things that are in the works now, I embrace the opportunity to move us forward with respect to our presence in the athletics landscape. Not only will I be focused on ensuring that our student-athletes are successful in their respective sports, I am also committed to facilitating their academic and professional success.”

Tarver maintains a Bachelor’s Degree in Social Work from the University of Georgia and a Juris Doctorate Degree from New York Law School. Her new title was made effective on July 1, 2022.