The Office of Student Engagement oversees all activities related to the National Pan-Hellenic Council (NPHC) and Greek Letter Organizations. The fraternities and sororities at Fisk University promote a balance of academics, leadership, community service/philanthropy, and social events. Members of Greek organizations are expected to maintain high grades, to volunteer in the local community, and to get involved and be leaders in other campus organizations. Membership in a Greek organization is a lifetime commitment and in return members can expect to make lasting memories and lifelong brothers and sisters. 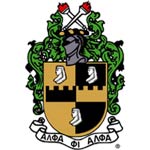 The Fraternity initially served as a study and support group for minority students who faced racial prejudice, both educationally and socially, at Cornell. The Jewel founders and early leaders of the Fraternity succeeded in laying a firm foundation for Alpha Phi Alpha's principles of scholarship, fellowship, good character, and the uplifting of humanity.

Alpha Phi Alpha chapters were established at other colleges and universities, many of them historically black institutions, soon after the founding at Cornell. While continuing to stress academic excellence among its members, Alpha also recognized the need to help correct the educational, economic, political, and social injustices faced by African Americans. Alpha Phi Alpha has long stood at the forefront of the African-American community's fight for civil rights through leaders such as W.E.B. DuBois, Adam Clayton Powell, Jr., Edward Brooke, Martin Luther King, Jr., Thurgood Marshall, Andrew Young, William Gray, Paul Robeson, and many others. At Fisk--DuBois has a statue on the campus, and the library is named after John Hope Franklin.

Since its founding on December 4, 1906, Alpha Phi Alpha Fraternity, Inc. has supplied voice and vision to the struggle of African-Americans and people of color around the world.

It was the vision of these astute men that enabled them in the school year 1910 - 11, more specifically the night of January 5, 1911, on the campus of Indiana University at Bloomington, Indiana, to sow the seed of a fraternal tree whose fruit is available to, and now enjoyed by, college men everywhere, regardless of their color, religion or national origin. It is a fact of which KAPPA ALPHA PSI is justly proud that the Constitution has never contained any clause which either excluded or suggested the exclusion of a man from membership merely because of his color, creed, or national origin. The Constitution of KAPPA ALPHA PSI is predicated upon, and dedicated to, the principles of achievement through a truly democratic Fraternity.

Chartered and incorporated originally under the laws of the State of Indiana as Kappa Alpha Nu on May 15, 1911, the name was changed to KAPPA ALPHA PSI on a resolution offered and adopted at the Grand Chapter in December 1914. This change became effective April 15, 1915, on a proclamation by the then Grand Polemarch, Elder Watson Diggs. Thus, the name acquired a distinctive Greek letter symbol and KAPPA ALPHA PSI thereby became a Greek letter Fraternity in every sense of the designation. 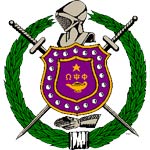 The Omega Psi Phi incorporated is an international fraternity hosting over 750 undergraduate and graduate chapters from both within and outside the United States. The fraternity was founded on November 17, 1911 by three Howard University juniors, Edgar Amos Love, Oscar James Cooper and Frank Coleman, and their faculty adviser, Dr. Ernest Everett Just. Founded on the cardinal principles of Manhood, Scholarship, Perseverance and Uplift the organization strives in their endeavors to aid the community as well groom the young men of the upcoming generation. 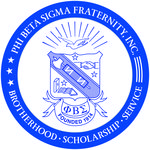 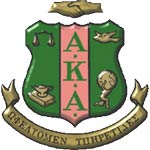 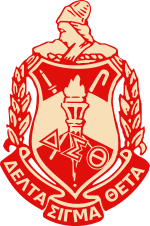 Delta Sigma Theta Sorority, Incorporated was founded on January 13, 1913 by 22 collegiate women at Howard University in Washington, D.C. It is a private, not-for-profit organization whose purpose is to provide assistance and support through established programs in local communities throughout the world. Since its founding more than 200,000 women have joined the organization. The major programs of the sorority are based upon the organization’s Five-Point Programmatic Thrust.

The Alpha Beta Chapter of Delta Sigma Theta Sorority, Incorporated has been serving the campus of Fisk University and its surrounding community since March 13, 1926. 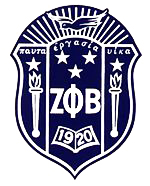 Zeta Phi Beta was founded on the principles of Sisterly Love, Scholarship, Service and Finer Womanhood. The Sorority prides itself on being a community conscious, action oriented organizations and has many programs devoted to service and many partnerships with organizations committed to service. Zeta Phi Beta was not the first historically black sorority, but it is the Sorority of many firsts. These first include, the first to charter a chapter in Africa, the first to establish a national headquarters and the first to create auxiliaries.

The Mighty Kaptivating Kappa Gamma Chapter was chartered in November of 1966. Since then, we have been committed to service on campus and in the Nashville community and we have provided the students at Fisk University with impacting and informative events. Zeta Phi Beta Sorority will continue to thrive at Fisk University through the Kappa Gamma Chapter for many years to come. 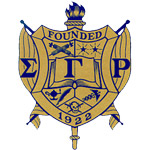