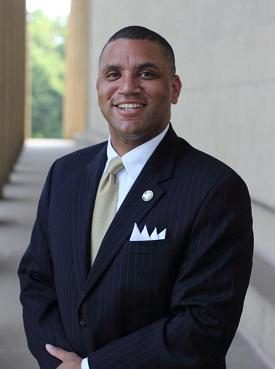 The religious ethos that currently pervades Fisk University is rooted in a rich theological and spiritual tradition that began prior to the turn of the twentieth century. Since the late 1800s, the students, faculty, and administrators of Fisk University have been actively involved in establishing and nurturing the religious culture that currently exists in our beloved, University community. In August of 1865, the Reverend E. M. Cravath and the Reverend E. P. Smith, two agents of the American Missionary Association, founded an institution of higher education that would later be recognized as Fisk University. The overt intentions of the religious founders were to provide African-Americans with an outstanding academic education that would be complemented by an equally rich spiritual and religious orientation. In 1878, the Reverend A. P. Miller, a member of the Society for the Evangelization of Africa at Fisk University, traveled to Africa and made a statement about Fisk which eventually became the schools' motto: “Her sons and daughters are ever on the altar.” Fisk University is continuing to further the rich religious and spiritual tradition that was established over one hundred years ago. Prominent religious scholars of various faiths, esteemed pastors and ministers from various parts of the nation continue to participate in events and ministries that were hosted by the Fisk Memorial Chapel and the students of the University. Religiously-oriented student organizations, such as the Fisk Memorial Chapel Assistants and the Leaders of the Interfaith Fellowship Team continue to serve as arenas for religious expression. The goals of the educational and inspirational programmatic activities that have occurred throughout the year were achieved, and the religious beliefs of people in the collegiate community were broadened through the work of the Chapel.